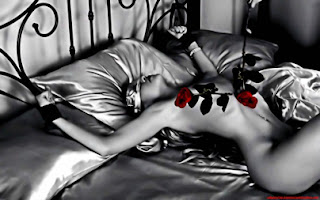 We so often see the extremes in BDSM, and while the super tough Doms can be stimulating and exciting and down right delicious, there is a different type of dominance too often neglected or overlooked in today's romance. That guy so naturally in charge he doesn't need a label to categorize him. He's the man who commands a woman's attention even if he scares her, steals her breath, or makes her want to run. This is the type that I want in my everyday life. The kind who generates shivers the moment he walks into the room. The man who blows my mind with a look or a whispered command. The kind who will back off and let a woman run if she needs to only to be there to catch her if she stumbles. This type of Alpha male used to be incredibly popular in romance, but now seems to have stepped back in favor of the sadist (can be a little much for daily enjoyment) or the Beta (someone please give this hero a backbone).

The Sturgis Rally Riders Series explores the everyday types of dominate heroes/heroines. From the older man who meets a virgin's "daddy" fetish whether she openly admits she has one or not (Runaway Virgin), to the sexy Domme willing to train a newbie sub to the joys found in a bit of pain (Whipped Puppy), to the neglected and protective husband pushed to his limit who convinces his love to face her fears (Public Adoration), and finally the natural dominate strong enough to shove back when a woman pushes all his buttons (Beautiful Ink). When I wrote the series, the intention was to look at the different types of people who come to the Sturgis Motorcycle classic, but all the heroes/heroines seemed to want the boundaries inherent in a Dom/sub relationship.  While many come to the rally to escape the daily grind or tour the gorgeous Black Hills, most check their inhibitions at the edge of town. The series is a testament to the raw sexuality that throbs just beneath the surface.

This week, April 8 - 12, the entire series is FREE. So don't miss out.
Here's what some readers have said about the individual titles.

Runaway Virgin - I happen to enjoy any book that incorporates any use of Dominance and the other party showing obvious submission. It is hot, it is alluring, and without the bondage elements, for me, makes it that much hotter. The fact that you are TOLD what to do, and you must comply with no assistance--yummy to the tenth power.

Whipped Puppy - Katalina has made me a believer, and she sort of makes me want a Domme to take a whack at me.

Public Adoration - What is a man to do to convince his wife he thinks she is sexy?? Well public sex of course. I know it may sound like I'm making fun of this, but this is one of the sexiest scenes I have read.

Beautiful Ink - I loved the heroine's sassy mouth and the heroes take control attitude. I have to say I read this during lunch at work and needed a soda to cool off but wished I had a bullet on me to slake the itch this read left me with.


For those who want to know more about Jet and his cowboy way of protecting a filly without breaking her, Bella Ink is now available.

Join the rafflecopter to win prizes including Amazon gift cards. 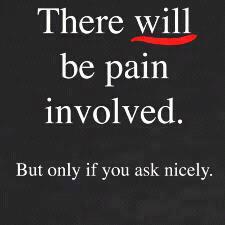 I saw a posting on a Facebook page for some asshat wannabe Dom who, among other things, claims that "real men" don't hurt women.

I'm sure that would come as a HUGE shock to all the pain sluts out there. And the sadists.

Yes, the guy did include a caveat about limits, but his overall message was that it shouldn't be about the pain.

Odd, because I have friends for whom it IS all about the pain. They wouldn't bottom if they weren't getting pain. They will bottom to friends with whom they don't have a romantic relationship with BECAUSE they want the pain their sadistic toppy friend can dish out.

Look, just because a guy throws up a Facebook page and claims to be a Dominant doesn't make it true.

No, a "real" Dom does NOT violate a hard limit or a safeword. Absolutely they don't.

Here's how you can tell a "real" Dominant in the lifestyle from an asshat poser -- the REAL Dominant, if they have any experience under their belt, will be honest that there are some kinks that are not their kinks, but are still valid kinks.

YKINMK - Your Kink Is Not My Kink.