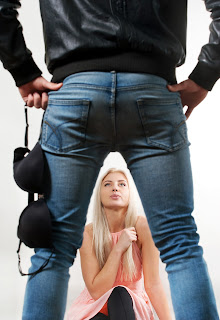 But if you do want to delve into the world of kink, and you don't want to do it alone, here are some ways to approach your man:


Can you think of other ways to approach a significant other? Tell me in the comments!

-- Cassandra
http://www.booksbycassandracarr.com
Posted by Cassandra Carr at 12:00 AM 4 comments:

I recently participated in the Hot in Handcuffs blog hop and the question I posed in my blog post was what sort of Dom/Domme do you like? Overwhelmingly the responses were one who is confident, strong, powerful, in control, kind, caring and sensitive. I think the Doms I write about in my books have those characteristics and they are certainly personality traits I like in a Dom but the responses started me thinking. Are the traits contradictory? If I want all those characteristics plus more in my Dom am I expecting too much? Do Doms with those traits only exist in novels? 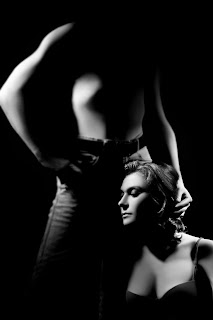 Luckily, I'm continuing to be a BDSM social butterfly, getting out and about and meeting lots of new people. So, I decided to do a little observation at a party I went to on the weekend. You’ll be happy to know that Doms with those traits do exist in real life. I’m also sure you won’t be surprised when I say that there are also Doms who don’t have those traits. I had a discussion with the sub I travelled to the party with and we compared notes on Doms we’d been involved with over the years. The stories we shared could have ended in a list titled ‘the good, the bad, and the ugly’.

What the discussion reinforced for me was, when I’m ready to find a new Dom, I need to have a perfectly clear idea of exactly what I want. I’ve always had a vague idea but I think I need to be more specific on certain aspects. So yes, I want the characteristics stated above but what else do I need to look for?

At the party a lovely Dom pointed out to there are other things, apart from personality traits, which I need to consider when considering a new Dom. Some of the things I knew, others I hadn’t thought of before. He pointed out a few lifestyle practices that, in his opinion, a good Dom would do when interacting with someone he viewed as a prospective sub. Here’s what he imparted.

A good Dom will:


·         Always have a discussion about limits, what a sub likes/dislikes in the way of play and lifestyle practices.


·         Build trust with a sub by getting to know them over a period of time prior to asking them to engage in play.


·         Have absolutely no problem with a prospective sub asking for names of other subs as references so you can clarify what he is like as a Dom.


·         Be happy to answer any questions you ask, no matter what they are. His answers will be direct, not vauge or delayed as if he's trying to think up an answer because you've put him on the spot or trying to hide something.


·         Will start off slowly once they engage in play to continue to build trust and get to know the subs responses prior to proceeding to heavy play sessions.


·         Be communicative, not only explaining their own expectations but also ensuring yours are voiced and listened to as well.

His advice on what to do if a Dom doesn’t do these things was, take it as a warning sign and walk away as the person is probably a player who has no idea what their doing.

So what do you think, what else apart from personality traits would you look for in a Dom/Domme? What action/act would be something that would send up a warning flag for you?

One of my Twitter followers suggested this topic, and I thought it was a great one. I love that I can always count on my followers to give me plenty of fodder for this blog! By the way, for the sake of simplicity I'm gong to use a female sub and a male Dom, although we all know there are all sorts of variations as to who is submissive and who is dominant.

-- Cassandra
http://www.booksbycassandracarr.com
Posted by Cassandra Carr at 12:30 AM 6 comments:

Daily Dose of Decadence: Unjustifiable Violence: A topic close to my heart this month. By L.C. Dean Fifteen years ago, on an October night, a young man stopped to have drink ...
Posted by L. C. Dean at 2:19 PM No comments: