Is there an age requirement to be a good Dom?

Recently I've been reading a lot about the age of Doms and how many people would never consider someone under the age of, for instance, thirty years old to be a "real Dom". Most of the reasons given for this opinion have to do with maturity and experience. I agree, to a certain extent. I've seen men on sites like FetLike who are 18, 20 etc and calling themselves Doms. At that young, it doesn't seem to me that a man can be everything a Dom should be. I believe Doms do need to have a certain amount of life experience before they can be a good Dom. But what's the "magic number"? Is there one? 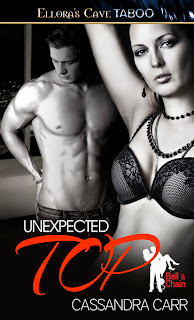 In the book I'm writing currently, my Dom is twenty-seven. He's one of the youngest Doms I've ever written. I think Conner from Impact was between twenty-five and twenty-eight, but Jack from Caught and Ryan from Master Class were both in their thirties. Will has a few insecurities/hang-ups/whatever you want to call them because he isn't quite as emotionally mature as my older Doms. I'm not a big fan of writing the uber-Dom anyway, so my Doms tend to have doubts, but in Will's case some of his even stem from the idea that he's not sure he NEEDS BDSM in his life. Can he be happy without it if his lover isn't into it?

I'm not saying they can't - just posing the question. So what do you think?

Really? REALLY? This is 2013. Do we REALLY have to keep having these kinds of discussions?

Tell me how many "abusers" are that considerate?

Seriously? Do they think the end result of feminist activism is NOT having the choice to do what we want to do? Really?

My problem comes when some radical feminist who's never met me lays out a blanket statement saying I'm a misguided, abused fool when they don't know shit about me or my lifestyle.

I am a switch. I am a submissive. I am a collared slave. (And yes, there are "one twue wayers" out there whose heads just exploded, and to them I also say, "Fuck. You.")

Too bad you can't offer back the same. And that means you've wasted your opportunities to wallow in the mire of idiocy, level: Westboro Baptist.